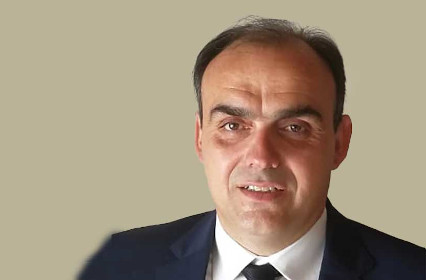 Follows the interview of Pavlos Xiradakis, President of the Hellenic Shipowners’ Association of Tugs, Salvage, Antipollution and OSVs.

The Hellenic Shipowners’ Association of Tugs, Salvage, Antipollution and OSVs was founded in 1980, having its registered office in Piraeus. Since its establishment, it is steadily developing and has become the most prominent and reliable representative of Greek owners of tugs, salvage, antipollution and OSVs.

The mission of the Hellenic Shipowners’ Association of Tugs, Salvage, Antipollution and OSVs is the preservation, promotion, protection and development of any kind of the members’ interests and, in general, the rights of the Greek owners of tugs, salvage, antipollution and OSVs (supplier, cable, oil extraction vessels and any other vessel providing maritime aid in terms of towing, salvage, shipwreck removal, pollution control, as well as offshore oil and gas activities).

Follows the interesting interview of Pavlos Xiradakis in form of questions and answers.

Nafs: Mr. President, you have recently referred to “sea giants” that are similar to “floating skyscrapers”, addressing the Ever Given’s incident and the modern challenges that arise in the maritime transport. How much this recent incident in the Suez Canal should worry us?

P. X.:There is no doubt that the entrapment of Ever Given in the Suez Canal must be considered as a useful lesson. This incident is, undoubtedly, an alarm call for all, as the consequences and problems that arise in similar cases are vast and significant.

The truth is that there have been warning “calls” in the past with similar incidents and same size container ships. In addition, it is noteworthy that there have been very serious fire incidents in the last few years on container ships, due to the ratio and the different types of cargoes being transported. The development of these marine giants is rapid and unprecedented, not only for the transportation of goods-containers but also for tourist activity. Modern cruise ships arriving at large ports and popular tourist destinations are oversized, reminiscent of floating cities, multiplying the requirements for global navigation. Within a decade, ships reached 400 meters long and 60 meters freeboard, dimensions equivalent to four football pitches. The bar is constantly rising.

Simultaneously,however,the development of the necessary infrastructure for receiving, hosting and managing the traffic has not kept up with the evolution of these ships and modern standards. Ever Given’s example has once again highlighted the urgent need to upgrade ports, create new modern and secure reception facilities and carry out the necessary technical projects, as well as modern procedures and maritime services, which provide security to human life, ships, ports and the marine environment.

Nafs:Our country, both as a freight and logistics center and as a tourist destination, shows increasing maritime traffic. Where are we in terms of managing this traffic? What should be done?

P. X.: Especially for our country, this is a huge urgent challenge, which cannot wait any longer. The geopolitical position and both key components of national economy — shipping and tourism — are main reasons of national importance for the development of the necessary infrastructure in the Greek seas.

As long as we consider that from the Greek seas are passing thousands of ships of the above mentioned dimensions, even bigger — tankers and super cruise ships -, and Greek ports host them all year long. Given this increased movement of larger ships, the contribution of the tugs in the departure and arrival of these sea giants is crucial, knowing, also, that Greek tugs and salvage vessels even in adverse circumstances carry out this work on a daily basis. Nevertheless, it is high time that we have a modern institutional framework and fleet of such ships in our country. It is sufficient to note that the average age of these vessels in our country is twice as the EU’s and the equipment has not been renewed to the required level.

In this context, we are in continuous and systematic cooperation with the political leadership of the Ministry of Maritime Affairs and Insular Policy for the adoption of new modern specifications and requirements of tugs. From our side, we have submitted a detailed plan and concrete proposals for specifications based on international standards and studies. Especially regarding the specifications of the tugs, we have already launched a special study in cooperation with the National Technical University of Athens, which we have submitted to the Ministry in order to assist in this effort.

Specifications that will, directly, enhance the safety and security of ports and seas, which in view of the upcoming tourist season is extremely important to proceed immediately, because:

Secondly, it is a competitiveness issue. The provision of modern maritime services upgrades the country’s international image both as a tourist destination and as a logistics hub. In other words, our ports and seas are becoming safer and more attractive at international level. Our neighboring country, Turkey, has already renewed its fleet with modern tugs and salvage vessels in order to meet the new challenges, including its search and rescue claims in the Aegean Sea.

Let me note one more aspect. Consider the case of an incident similar to that of Suez in the port of Piraeus or in the channel of the port of Salamis, the possible problems for the movement of ships to and from the area.

The upgrade of the provided services as a result of the equipment’s adaptation to the advanced and clean (green) technology will, substantially, contribute to the execution of safer, faster and more operations from tugs and salvage vessels and their crew. The truth is that we have an opportunity to increase the level of security of the Greek seas and ports significantly, by legislating the necessary specifications and requirements. Now is the time. The Association and the entrepreneurs in the industry are ready to respond.

Nafs:You mentioned this earlier, but particularly today, in the era of climate change, how important is the parameter of environmental pollution protection?

P. X.:You are right, I would say it is critical and vital both in environmental and economic terms. The passage of increasingly larger ships with higher frequency strengthens the hazard of maritime incidents. More specifically, such accidents can have tragic ecological and economic consequences in important tourist destinations and a wider sea area, such as the Aegean or the Ionian Sea.

In major accidents such as that of “Prestige” in Spain in 2002, where the ship was cut in the middle and sank off the northwest coast of Spain, but also more recently in the “Wakashio” in 2020 in San Mauritius, where again the ship was cut in the middle, with a result of 1000 tons of heavy fuel oil to leak into the sea, the ecological and economic consequences are countless. Imagine such an accident at the center of the Aegean and 1000 tons of fuel oil heading to the coasts of the Greek islands.

It is sufficient to note that in the twenty-year period 2000–2020 there were a total of 243 strandings in the Aegean and the Ionian Sea. They were marine incidents that led to shipwrecks, more or less known, such as the Sea Diamond in Santorini, the Express Samina off Paros, the Cabrera north of Andros, the Agia Zoni in the Saronic Gulf, etc., which had tragic consequences for human life, pollution of the sea and coastal area, but also enormous economic cost regarding the amount of the compensations, local tourism and fishing activities. Today many of these shipwrecks remain at the bottom of the Greek seas, continuing to be an environmental and economic threat.

It is high time that the urgent need for the legislation of the new technical specifications to be covered, in order to catalyze investments in modern tugs and salvage vessels that will meet the modern needs of the country’s territorial waters, Exclusive Economic Zone (EEZ) and Search & Rescue (SAR). Within such an institutional framework, which improves investment conditions and promotes healthy competition, the exploitation in the Greek seas of cutting-edge tugs and salvage vessels with high-speed potential, high bollard pull, modern firefighting systems, anti-pollution and rescue equipment (portable pumps, diving equipment, fuel storage tanks etc.), will minimize the impact of the above mentioned incidents for all, while many of the incidents could even have been prevented.

Nafs: In the Suez incident, in collaboration with the Ministry of Maritime Affairs and Insular Policy, you offered to assist. Do we have experience with such incidents?

P. X.:We are a prime maritime nation with the largest merchant fleet in the world and enormous experience and know-how both in towing and shipwreck removal, under the most adverse and difficult conditions. Greek salvage companies have a lot of experience through their participation in particularly difficult international events. What we need today, more than ever, is a new modern institutional framework for high-level maritime services equivalent to the level of Greek Shipping, which will upgrade and make the most of our extensive know-how and create healthy conditions of competition.