On 11 January 2022, Tsavliris despatched the ETV “Abeille Bourbon” (BP 207 – BHP 21,700) from her salvage station in Brest, France, to the assistance of the Bulk Carrier “NAVIOS CENTAURUS” (DWT 81,472 — GT 44,282) which had sustained main engine problems W of Quessant Island, France. The vessel was enroute from Ijmuiden, Netherlands, to Puerto Drummond, Colombia, in ballast condition.
On 11 January, towage to Brest anchorage commenced, arriving at destination the same day.
After resuming her voyage to Puerto Drummond, the “NAVIOS CENTAURUS”, experienced main engine problems. On 10 February, Tsavliris despatched the tug “El Zorro Grande II” (BP 80 – BHP 5,000) from Port of Spain, Trinidad, which escorted the “NAVIOS CENTAURUS” to St Maarten Island in the Caribbean Sea.
The convoy arrived safely at destination on 19 February and the operation was successfully completed. 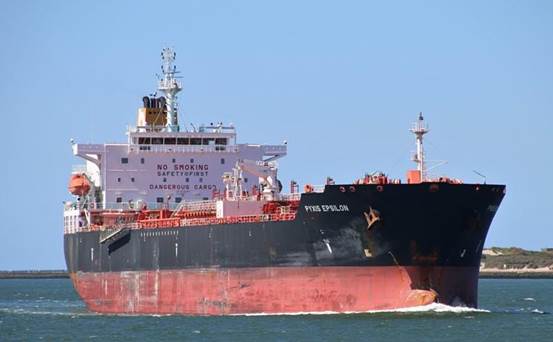 On 12 February 2022, Tsavliris despatched the TB “FOTEINI Z” (BP 65 — BHP 5,220) from Piraeus, Greece, to the assistance of the Product Tanker “PYXIS EPSILON” (DWT 50,124 — GT 29,730) which had sustained rudder damage and was anchored at Beirut Anchorage, Lebanon.
On 15 February, the tug arrived in Beirut and, following the issuance of the towage certificate by a Marine Warranty Surveyor, towage to Piraeus commenced on 16 February.
On 20 February, the convoy anchored at Pigadia, Karpathos Island, Greece, for re-securing of the casualty’s rudder blade and the voyage was resumed the next day. On 23 February, the convoy safely arrived at Piraeus Roads and on 24 February anchored at Elefsis Roads for slops discharging and cargo tanks inerting. After completion of these tasks, the vessel safely berthed at Talos Shipyard and the operation was successfully completed on 25 February.